HomeWhat is latency in the context of desktop virtualization? 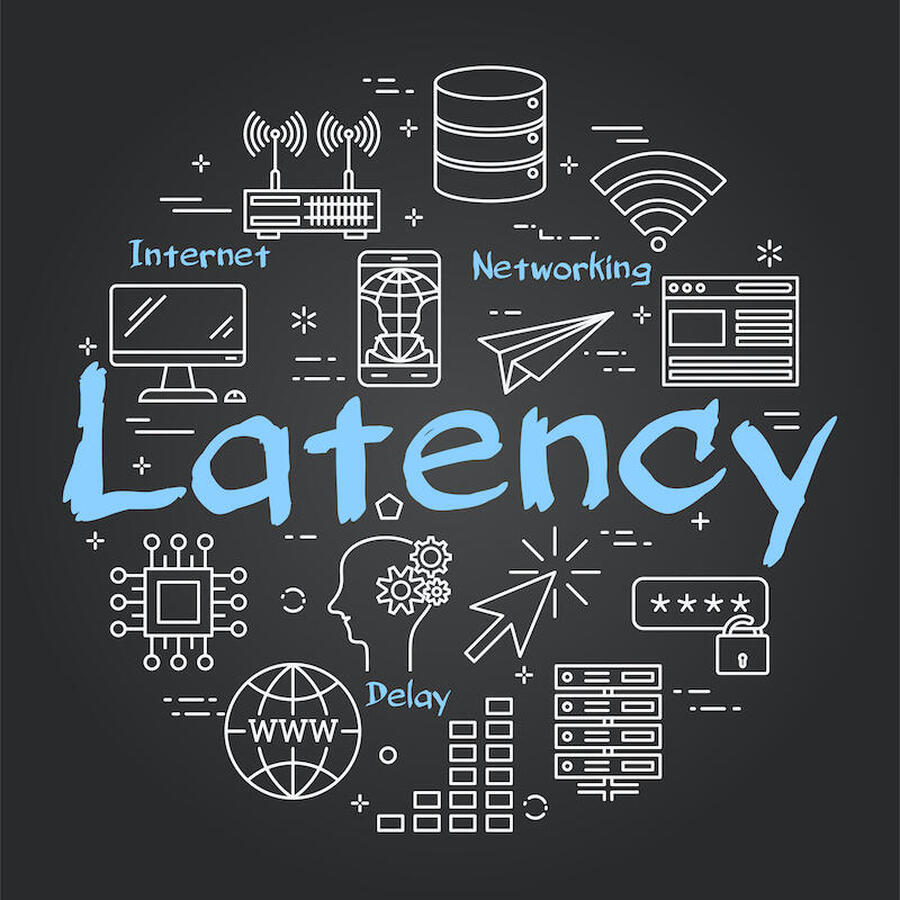 What is latency in the context of desktop virtualization?

Latency is a term commonly dropped by users to describe the speed at which their web applications work. But, what we’re more interested in within the scope of this post is the real meaning of latency in the context of desktop virtualization services, and the impact it has on the quality of the service provided.

A simple definition of latency

Latency is a parameter by which we measure the amount of time that is needed for data to travel to its destination across the network from an endpoint to an endpoint. The key thing about latency is that the resulting response from the actions of the end-user is measured as a delay in the time of data traveling. This often requires some troubleshooting and fixtures so that users are not experiencing poor desktop service, which will then lead to unwanted downtime at their workstations.

Another way to explain latency

A simple analogy with courier trucks and the term latency can be made to explain what actually makes data delayed in the transit between applications and the user front end. Imagine that you have loaded a cargo truck fully and you have set off on a long journey away from the starting point. More traveling ultimately means a longer time to arrive at your final destination due to the bigger route length and the higher likelihood of facing problems on the way.  Something similar happens to desktop applications that experience latency because of the long time the data has to move from the data center of your desktop services provider and your end-user site.

Since we spoke of data centers, we can continue on the topic by clarifying what the link is between the places where data is stored and the delay in service provisioning.

If you have chosen to go for Desktop-as-a-Service (DaaS) provider to deploy and manage your applications, you know that your data is safely stored on the cloud servers of your third-party vendor data center locations. This being said, the distance between the server locations and the geographical positioning of the end-users is of key importance when it comes to latency. You don’t want to subscribe to a DaaS provider whose data center(s) are too remote from the users! In case you did, you should know that the quality of your desktop service will be seriously compromised by experiencing high latency and poor desktop performance shortly after your first attempts at using the virtual desktops. we-IT has data center locations in hundreds of different locations around the globe, which immediately eliminates the risk of suffering latency and low productivity due to DaaS.

There are no problems with latency if the user has to travel to a neighboring city or just within the city where they are based. However, one must be cautious when taking longer trips in the countryside or cities further away since this may negatively affect the quality of the desktop service, in case your vendor has a single data center site (and not one near you) where they store and retrieve your data.

By choosing a cloud desktop provider to deploy your applications to the end-users, you are more flexible with working remotely from anywhere and everywhere. Unfortunately, this could not be the case with cloud providers that are servicing customers with cloud desktop solutions only in one continent.

How does latency affect your desktop service?

Latency delays your application response by simply taking a long time to load the applications and processing different user commands.

Latency is not an easy one to troubleshoot if the deal is done and your data center location is simply too far away from the site of your end-users. Even though there are some desktop applications, such as Microsoft Outlook, which can withstand the issues of latency, most other applications just won’t. This is why it is extremely important to troubleshoot this issue before it has been even brought to life! Before you have chosen a cloud provider, you should make sure that there is a suitable one for your business based on their data center locations on the map.

The best way to avoid experiencing latency issues is by choosing a third-party cloud vendor that has multiple dedicated data center locations. This way, your desktop service will never be compromised and you will be a lot more flexible with traveling further away from your main site. we-IT stores your data in multiple server locations and our customers are guaranteed that latency will never be an issue, regardless of where they are based and when they need to access their virtual desktops.